Centered Yoga is a method perfected by Dona Holleman, deriving from her personal experience and encounter with the philosophy of Krishnamurti, the Hatha Yoga of B.K.S. Iyengar, the shaman religion of Castaneda and her friendship with Vanda Scaravelli.

It is based on the Eight Vital Principles for practice: 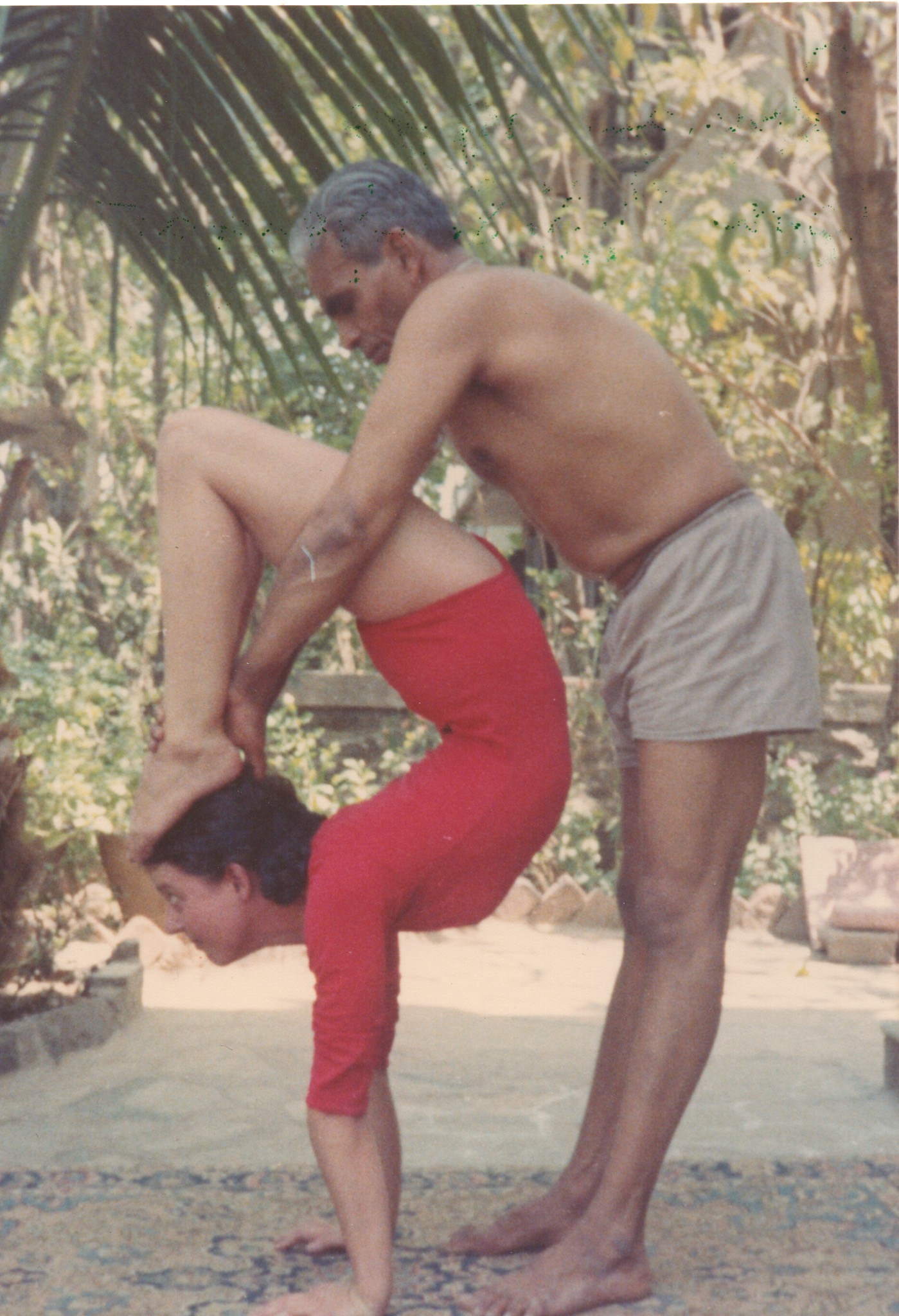 In the ’60s, Dona encountered Krishnamurti, with whom she held long conversations at Gstaad in Switzerkand, and due to his teaching she changed the concept of meditative mind and the total attention or ‘non-doing’ of the mind, that is, trusting in the ancient brain so as to perform the asanas, counterposed to the modern one of thought. Where this concept is an arrival point for practice in the Sutra of Patanjali (Dhyana), for Dona it is the fundamental starting point.

Through Krishnamurti Dona would meet B.K.S. Iyengar and, at two different moments in 1964 and 1969, she would go to India for him to give her precious master-student teaching directly. From him she would learn the traditional discipline and physical techniques of the practice of Hatha yoga, whence she would draw the principles of alignment and lengthening.

She would be the one to first introduce Hatha yoga in the style of Iyengar to Europe; in fact, between 1964 and 1969 she founded the B.K.S. Iyengar Yoga Work Group in the Netherlands and started training teachers. She worked with Victor van Kooten, Angela Farmer, John Schumacher, Patricia Walden, Maxine Tobias, Mary Stewart, Gabriela Giubilaro, Emilia Pagani and many more.
In the ‘80s she would distance herself from the international Iyengar community, but continue to follow the basics of the teaching received from the great master in her practice and studies, inviting all her students to follow the pure, original tradition of the method.

Castaneda and the ancient shaman wisdom of Don Juan inspired her in her third vital principle, intention, that is, the force that moves the Universe and is used to carry out the asanas, visualising the process of what is to happen.

With her friend and mentor Vanda Scaravelli she took the techniques of breathing and the bandhas further, without which harmonious practice and a plastic body would not be possible, and yoga would be a mere physical exercise.

In 1980 Dona read The thinking body by Mable Todd, a fundamental text that would enrich and change her already mature practice. The encounter with the work of Todd would trigger the fourth and fifth vital principles of Centered Yoga, rooting or the use of the force of gravity (drive and counter), and centering.

For the second principle, relaxation of the body, or the ‘non-doing’ of the body, Dona was inspired by the Taoist concept of del wei-wu-wei, that is, ‘doing-without-doing’. Aligning the body with the force of gravity and receiving its force of rebound, we manage to channel our energy into hara (the centre of the body) in both descent and ascent, hence diminishing the physical body’s power of resistance and increasing the energetic body’s vital force, reasserting the meaning of the word a-sana (position without effort).

For the Eight Vital Principles to work, they must be applied concretely and at the same time, like white light that decomposes to become a rainbow.