Centered Yoga is a method developed by Dona Holleman, and is the result of her personal experience, of her encounter with the great 20 th century philosopher Jiddu Krishnamurti in the mid fifties and sixties, and with her work with B.K.S.Iyengar in the early sixties. At the same time she studied the shamanic philosophy of Carlos Castaneda. Later, while living in Florence, Italy, she met
Vanda Scaravelli with whom she developed a close friendship.

First Principle: The meditative state of mind or the ‘not-doing’ of the mind. In the nineteen-sixties Dona met Krishnamurti in Gstaad, where he stayed in Vanda Scaravelli’s house. She had long, private conversations with him and learned from him the concept of the meditative state of mind or the ‘not-doing’ of the mind, a state of ‘total attention’ (the first principle). This means relying on the reptilian or ‘feeling’ brain to perform the asanas, as opposed to using exclusively the modern or ‘thinking’ brain.
While in Patanjali’s sutras this concept is the ultimate aim of practice, for Dona it is just the start.
Thanks to Krishnamurti, Dona met B.K.S.Iyengar and travelled in 1964 and in 1969 to India to learn from this teacher in a direct master-student relationship. From him she learned the traditional hatha yoga asanas and pranayama techniques, thanks to which she eventually developed the concept of the “body-scape”, using western anatomy and Mabel Todd’s famous 1930s book ‘The thinking body’. 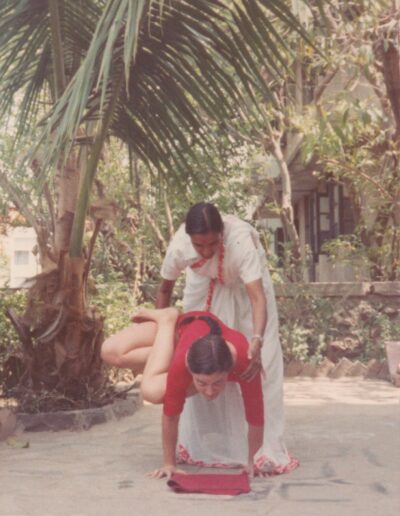 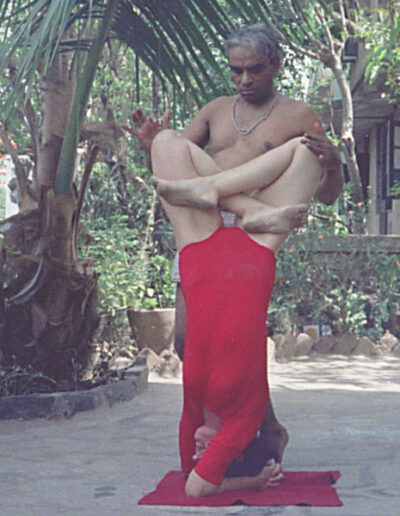 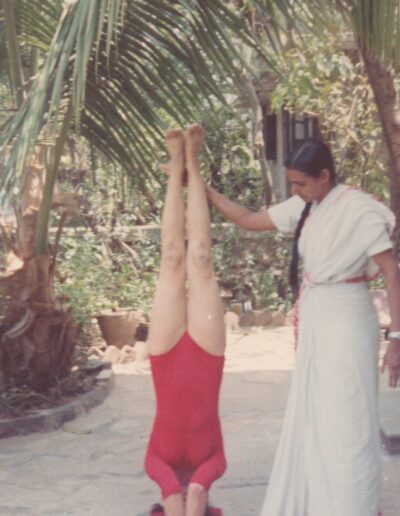 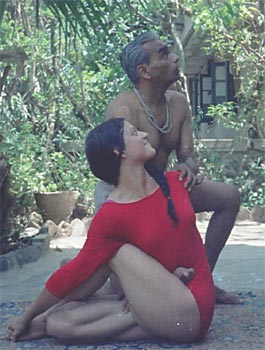 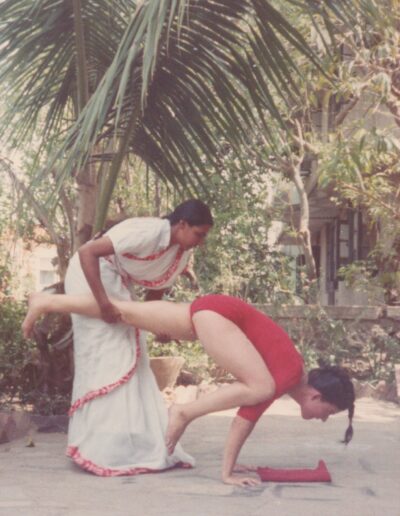 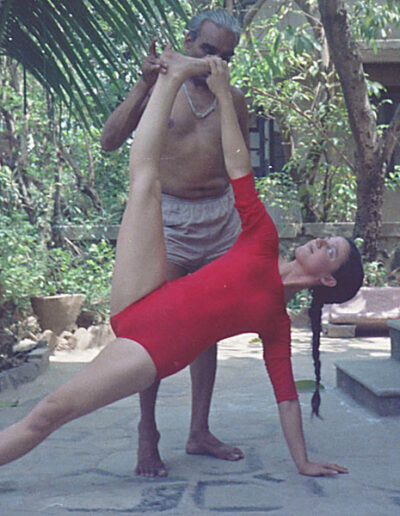 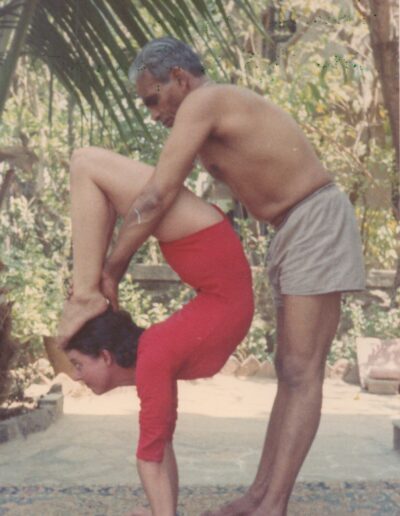 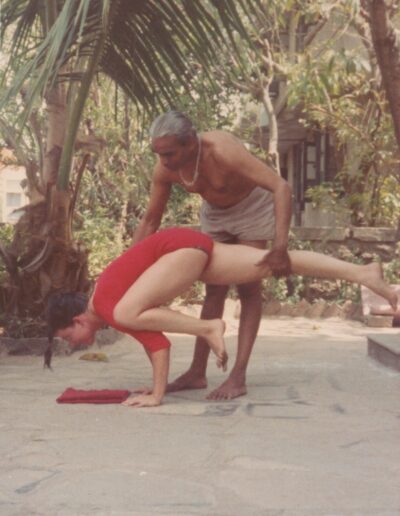 Between 1964 and 1969 she set up the B.K.S. Iyengar Work Group in the Netherlands, and started to train teachers. Out of that group came, amongst others, Victor van Kooten, who was then encouraged by Dona to, in his turn, go to India to study with B.K.S. Iyengar.
After Holland she spent a couple of years teaching in London at the request of B.K.S.Iyengar,
where she taught Angela Farmer, Maxine Tobias, Mary Stewart and many others.
In 1972 she moved definitively to Italy, where she opened a school in Florence at the invitation of Vanda Scaravelli. There she trained a group of students to become teachers, amongst others Gabriella Giubilaro, Emilia Pagani, Bianca Strens-Hatfield, Gabriela Corsico Piccolini and Emilia Pagani. Thanks to her teaching, when they went to India to study with Iyengar, they immediately received their diploma from him.
In 1980 Patricia Walden invited her to go to Boston, and that became the beginning of her annual trips to the States, which lasted twenty years, and where she taught many students who in turn became well known teachers, amongst others Patricia Walden and John Schumacher.
She also taught for many years at Yoga Works in Los Angeles.
In the nineties she disassociated herself from the Iyengar community as, in her opinion, it had become a cult. The innocence, enthusiasm and simplicity of her early experiences in India had been lost and yoga had in many cases become a brutal, competitive business. She herself continued to practice and teach the pure, original tradition which she had learned from him in the early years and to encourage his students to adhere to this too.
For the second principle, relaxation or the ‘not-doing’ of the physical body, Dona drew inspiration from the Taoist concept of wei-wu-wei, or ‘doing without doing’. This involves moving the body by ‘intent’, the third principle.
The third principle, ‘intent’, is inspired by Carlos Castaneda and by Don Juan’s old shamanic wisdom, and described by him as ‘the force which holds the Universe together’. Used in the practice of asanas it is the visualization which has the power to make the body perform asanas effortlessly.
With her friend Vanda Scaravelli, she studied in-depth breathing techniques and the bandhas.
Without these a harmonious practice and a toned body would not be possible and yoga would be merely a physical exercise. The most powerful breathing technique, the Mula Bandha Breathing, came out of this research.
In the nineteen-eighties she read the book ‘The thinking body’, written by Mabel Todd in the mid-thirties. This book proved to be an eye-opener to further her studies of yoga, and taught her the use of ‘rooting’ or using the force of gravity, and its inherent rebounding force (the fourth principle). Aligning the body with the force of gravity, and receiving its rebounding effect, we can channel this energy to the hara, the center of the body, thereby reducing the resistance of the physical body and increasing the Vital Force of the body. This reaffirms the meaning of the word a-sana, or posture without effort.
The idea of the ‘hara’, or ‘centering’, which is the fifth principle, and which she had already encountered in various books, including ‘Hara’, written by Graf von Durkheim, acquired a new, central part of her teaching. Elsewhere in this web site you will find an extensive description of this powerful part of the human body.
The sixth and eighth Principle, aligning and elongating, are the collective result of the previous
Principles. In order to work, these Eight Vital Principles must be applied simultaneously.
They are like white light which goes through a prism and is split into the colors of the rainbow, but together they are ‘white light’. Register for a Teacher Training